It was a beautiful warm autumn day.  The sun was shining, birds were singing, and two Canadians living abroad had been freed.

When Rob and I first moved to London, we were content, perhaps even thrilled, with public transportation.  We happily rode the underground tube, the above ground trains, and the double decker busses.

It was a brief love affair, however.  We soon felt constricted by schedules and time tables, set routes and pre-determined destinations.  How we longed to be freed from these constrictions.

And one day it happened.  We came across a little red car, well-loved but functioning, and only £100 would make it ours.  Joyously we abandoned our ticket stubs for petrol stations and embraced the freedom of the open road. 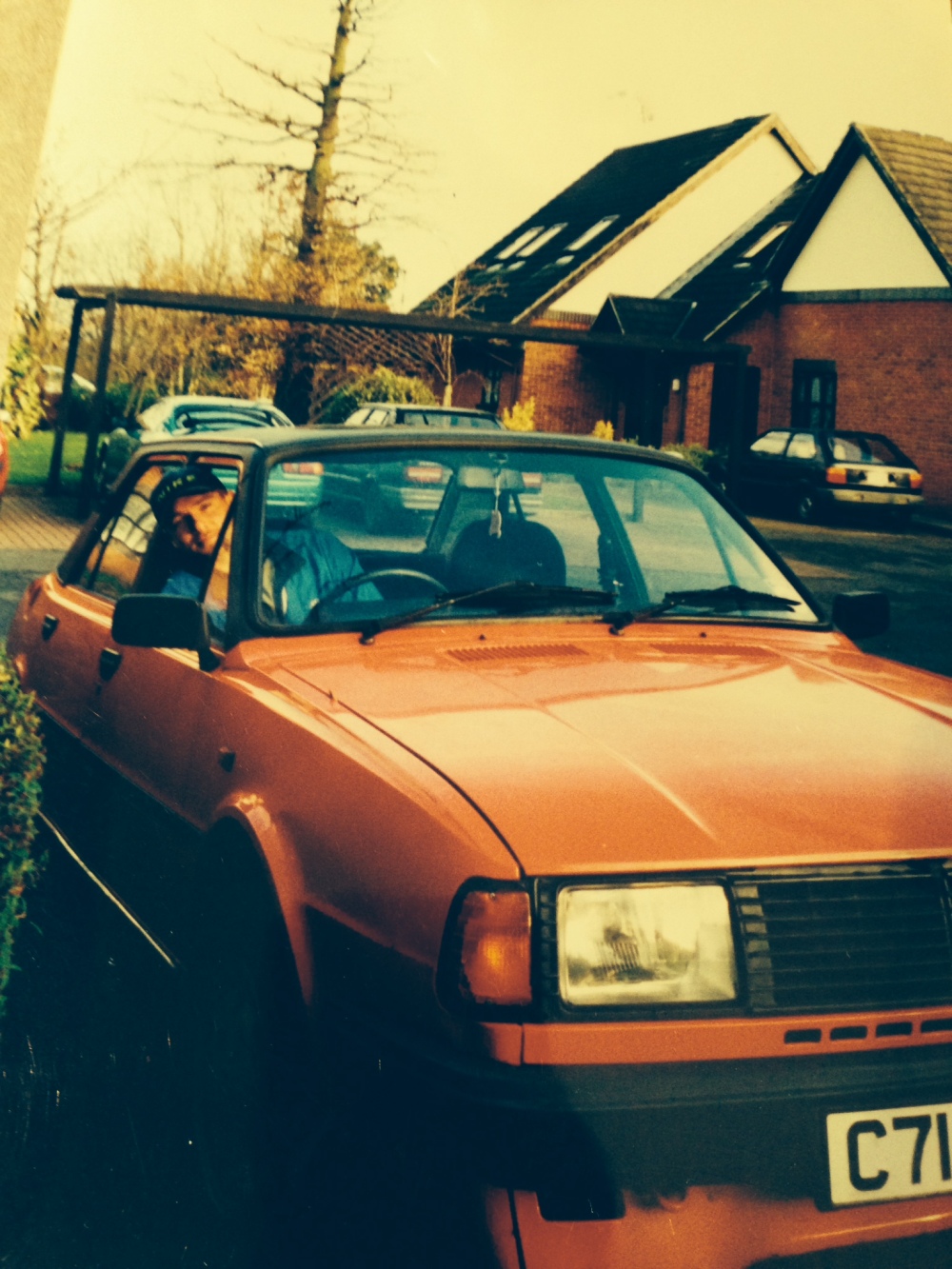 Having mentioned that our freedom had been purchased for a mere £100 (the Canadian equivalent of approximately $300 at that time), you would be right in wondering what it is exactly we were driving.

Her name was Chitty.  Short for Chitty Chitty Bang Bang.  She was a Skoda made in Communist Czechoslovakia decades previously.  Chitty appeared to be made of solid steel, and had her boot up front and her bonnet in the rear.  (Trunk up front, engine in the back; under the backseat to be exact.)  She was neither pretty nor new, but she drove.

This particular day, was a bright Sunday afternoon.  Having proudly navigated our way to the morning church service, the afternoon stretched before us, and it was the perfect day for a drive.

We putted down the left side of the village high street, bouncing over humped zebra crossings, darting through the roundabouts.  Our voices blended beautifully (ok, maybe now I’m exaggerating a little) as we sang:

In our Chitty Chitty Bang Bang

Oh the wondrous things we’ll do …

In our zest to go exploring, we had agreed that we would not be bound by a map (therefore did not have one along), nor would we stress about getting lost.  (How can you be lost when you have no destination?)  There would be only joyful exploration – no wrong turns or missed exits.

Leaving the familiar lanes of the nearby villages, we turned where no train or bus had taken us before.  We embraced the beauty of the English countryside; oblivious to where we were or what direction we were heading in. We glanced at each other lovingly as we sang.

Distracted by this loving gaze, Rob took a left hand turn.  Not having watched the signs, we were surprised to see traffic increasing in volume and speed.

Rob pressed down on the accelerator, attempting to keep up.  The joyous strains of our song faded away, as Chitty seemed to protest.  The single lane roadway quickly merged into multiple lanes, and to our surprise, we saw that our country drive had landed us on one of the main Motorways encircling London.

Fearing we would be overcome with the emissions, we rolled down our windows, gulping in the comparatively fresh air of the M25.  Cars whipped by, well in excess of the 60 mph posted speed, while I desperately begged Rob to see if we could at least coax Chitty up to 50 mph.

He assured me that he was trying to, but was scared she would blow up if he pushed her any harder.  The evidence did seem to support his conclusion.

Very silently we watched for the first exit.  Sweating with relief, Rob eased Chitty off of the Motorway at his first opportunity, and let her resume her preferred speed.

It took a while for the smoke to clear from the cab, and for the backseat to resume the gentle noise we were accustomed to.  It took longer for us to find a quiet road that led us back to the familiar; back home. 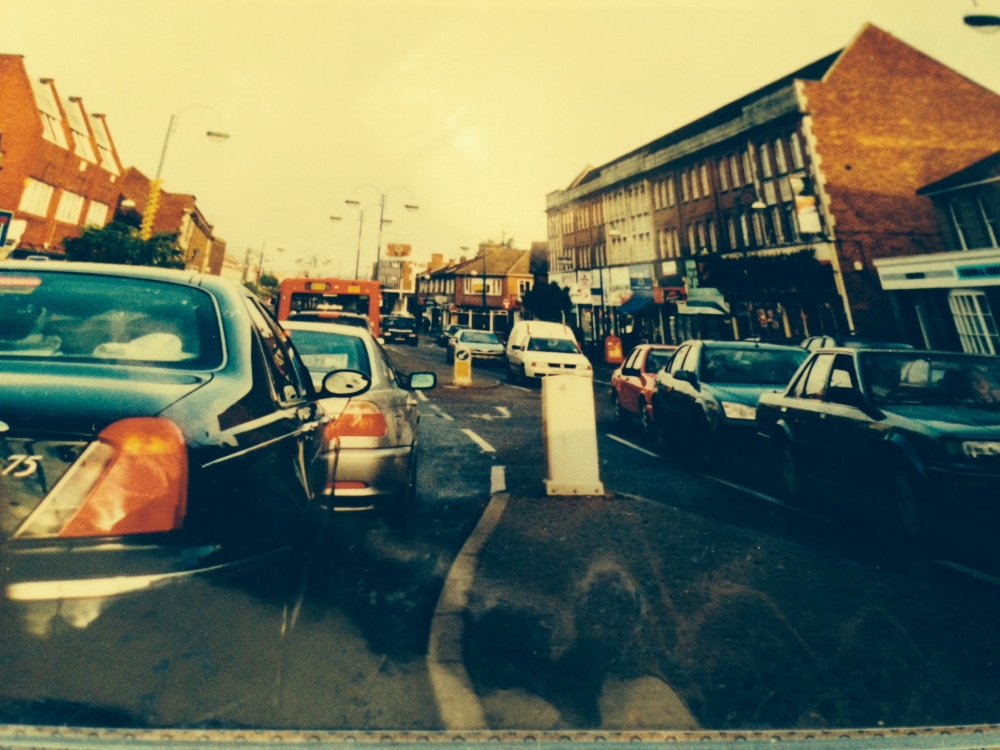 Thankfully, it took very little time for the fear to subside, and for us to begin howling with laughter at our Sunday afternoon drive.

We learned that day, that our easily purchased freedom came with limitations.  We were limited in our explorations by Chitty’s ability to handle speed and distance.  In fairness to her, she did the best she could, but she just didn’t have enough in her.

The same is true of us.  Some of us are like the Chittys of the world.  Saddled with extra baggage, restricted by greater limitations.  Others may be more like a Porsche.  Sleek and made for speed; seemingly unencumbered.

If life is a highway, we all travel in different lanes and at different speeds.  Though we may be on different roads, ultimately we all share the same final destination; the same ultimate limitation.  Death.  On our own, we are completely unable to escape it.  “Wretched man that I am!  Who will deliver me from this body of death?” (Romans 7:24)

“Thanks be to God through Jesus Christ our Lord!” (Romans 7:25)  Jesus stepped into history, lived a perfect life, to free us from certain death.

In this Advent season, where our Redeemer lies gentle in the manger, remember, that His Second Advent will see Him return in power.  There will be no Band Aids for the broken.  Brokenness will be no more.  He will usher in the age of perfect freedom.

What then shall we say to these things?  If God is for us, who can be against us?

He who did not spare his own Son but gave him up for us all, how will he not also with him graciously give us all things?

Who shall separate us from the love of Christ?

Shall tribulation, or distress, or persecution, or famine, or nakedness, or danger or sword?

No, in all these things we are more than conquerors through him who loved us.

For I am sure that neither death nor life, nor angels nor rulers, nor things present nor things to come,

nor powers, nor height nor depth, nor anything else in all creation,

will be able to separate us from the love of God in Christ Jesus our Lord.”