I have this weird fear.  I’m scared of dolls that look like real people. Cabbage Patch dolls, Raggedy Ann dolls, Barbie dolls, let’s face it, they look nothing like the real thing.  But Walking Wendy.  She was a whole different story. 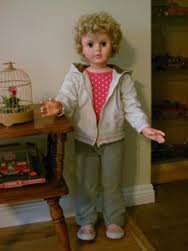 Growing up, my sisters and I had a Walking Wendy doll.  She looked like an adult, but was only about three feet tall.  Able to stand on her own, Wendy could be made to walk, and would lunge stiffly forward on unjointed legs.  Her face was frozen in a perpetual smile, while her rigid arms reached for me from darkened basement corners.

I grew up and left Walking Wendy behind, confident my fears would not return to haunt me.  I was fine.  Until people I knew started having babies.  For the most part babies are cute.  But one particular acquaintance (who shall remain nameless) had this little boy who started walking at a frighteningly young age.  This baby (nope, no way was that a toddler) would lunge around awkwardly.  Stiff and unsteady, he moved about soundlessly, arms outstretched, an expression of focused glee glued to his little face.

Walking Wendy had nothing on this kid.

Several years later I started having babies of my own.  And while I feared they would be born with a full set of teeth or flowing locks of hair, my fears were unrealized and I birthed ridiculously cute little babies.  They were all late walkers, so by the time they began toddling about, I could cheer them on joyfully convinced they were the sweetest little things. 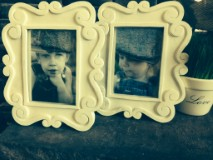 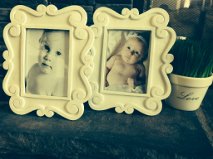 As with all nightmares, everything changes once darkness falls.  At night, these darling creatures would creep soundlessly into the room where I slept.  They would stand silently beside my bed.  Watching.  Patiently.  Waiting for me to open my eyes and awake to hear about what had woken them.

Traveling through dreamy mist, I would slowly feel the pull to reality.  Gradually I would transition from sleepy escape to an awareness of the present.  And, in that moment of consciousness, I would open my eyes.  And there, standing at eye level was a mute little watcher, staring at me with keen intensity.

The silence of night would give birth to hysterical screams.  First mine.  Followed by the child’s.  Echoed by mine.  There were times that only the shouts of my husband for us all to be quiet would interrupt these night terrors.

I would suggest finding someplace new to run.

Eventually, my children discovered that they were better off shouting for me from the relative safety of their beds.  Or from my doorway.  Or from Rob’s side of the bed.  But they knew better than to stand wordlessly in front of my peacefully slumbering face.

But I do know where you could run instead.  I do know the One who lovingly pursues you.

We who have run for our very lives to God have every reason to grab the promised hope with both hands and never let go.  It’s an unbreakable spiritual lifeline, reaching past all appearances right to the very presence of God where Jesus, running on ahead of us, has taken up his permanent post as high priest for us . .  . (Hebrews 6:18-20 MSG)

One thought on “Running Scared”