I am spending the summer holidays preparing for our fall study on Revelation.

I read the letters to the seven churches, noting the commendations, condemnations and promises to overcomers.  Meanwhile my seven year old works on his letters.  Belching them.  Do I commend him for thoughtfully burping letter sequences which form words?  Do I condemn him for the method by which he is practising his spelling?  Am I the overcomer for enduring it or is he for getting through so many words?

While I study the four horsemen of the Apocalypse, my younger two play a game in which one composes a ‘song’ on the piano, while the other pretends to be the pet horse who sings along.  The dissention grows as each is convinced the other is not doing the song justice.

This cacophony is not complete without the dog who decides to accompany.  He. Will. Not. Stop. Barking.  He is beginning to take on the characteristics of the beast.  I am suspicious of his intentions and am concerned he has won over the cat.

It is summer holidays and I am studying the book of Revelation.  There will be trial and tribulation, but in the end, the good will win and all will be as it was created to be. 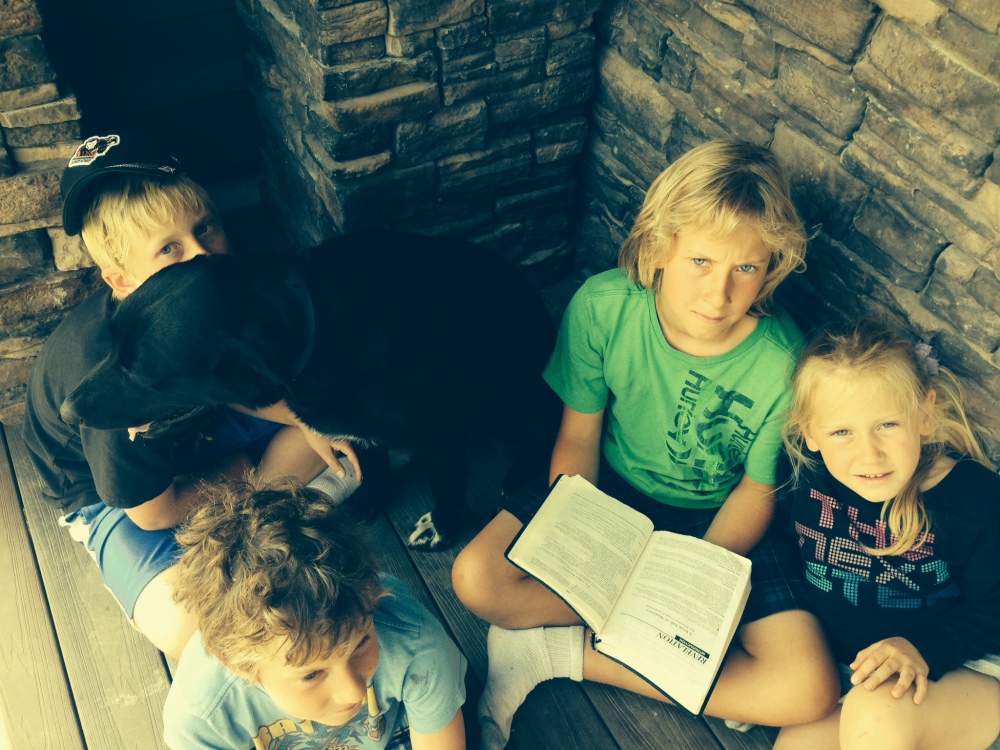