It was the day of my nephew’s birth.  Proud of our positions as labour coaches, Kendra and I strode through the hospital doors purposefully.  It was a time of heightened excitement, so truthfully, I was not surprised to feel an ominous turning in my stomach.  I chalked it up to anticipation and tried to put it from my mind.  Joining Eleanor and Wade in their room, we began to settle in.  With the foresight of seasoned mothers, we unpacked snacks, books, music, and puzzle books.  We were prepared for the long haul.

The turning in my stomach began to intensify and was accompanied with shortness of breath and a general feeling of panic.  This did not bode well.  Not wanting to trouble Eleanor, I whispered my symptoms to Kendra, who sympathetically suggested that perhaps I was experiencing PTSD.  Post-Traumatic Stress Disorder.  Compassionately she reminded me that my baby was only eleven months old, and there had been complications after she had been born.  Perhaps the gravity of the situation was only now sinking in.  I murmured my agreement.  A perfectly logical explanation.

Determined not to let these symptoms interrupt our mission, I attempted to breathe through them.  Surely this was the perfect environment in which to practice focused breathing. 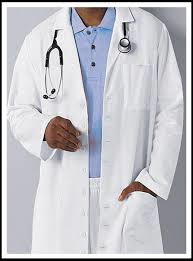 The nurses arrived to administer the medication necessary to begin the induction, and Kendra and I nodded sagely as they explained what to expect.  We offered nuggets of wisdom as needed, and settled in to wait.

I attempted to distract myself from the riot in my nether regions with small chat, shared hopes and dreams and the like.  However, evidence began to mount which suggested timing would soon be of the essence.  I sprinted off to the nearest bathroom, and bolted the door behind me.  The last thing I needed was some eager father-to-be interrupting my PTSD manifestation.  No need for anyone else to suffer.

Several minutes into my attack, the door knob began rattling.  “It’s locked for a reason,” I muttered to myself, wiping away perspiration.

Apparently, the person on the other end was really in need of the facility as well and thought that persistent knocking would cause the door to magically swing open.  “If you knew what was happening on this side of the door, you might not be so eager to get in,” I warned under my breath.

I tried to mask my irritation with cheerfulness, and brightly informed him I would be a little while longer.  He thanked me and the knocking ceased.  Momentarily.

Scant minutes later, he resumed the process of door knob rattling and knocking.  Again, I tried to encourage him that there were other facilities on this same floor, and it might be in his best interests to seek them out.  He remarked that he didn’t mind waiting.  I silently thanked him for putting my mind at ease; at least now I didn’t have to worry about him getting stressed over the lengthy wait!

When I finally emerged, there he stood, patiently hovering right outside the door.  I held my head up proudly, and marched back to Eleanor’s room.  Having had my moment, it was going to be about her from now on.

Time passed.  Slowly.  Experiencing labour from this perspective, I noted that there was much work for a very delayed reward.  I also observed that labour and delivery rooms were set up for the woman having the baby and one other person.  There was a very comfortable reclining chair placed at the foot of the bed, and the bed itself; other than that, not a lot of furniture.  It seemed reasonable to leave the bed and recliner for Eleanor and Wade which left Kendra and I perched uncomfortably on windowsills and radiators.

Somehow becoming aware of our uncomfortable predicament, (I do not know how, Kendra and I are the quiet sort, fading into the background), Wade ever so graciously suggested that he could sit on the bed with Eleanor and allow us turns in the recliner.  The thought that perhaps he was trying to distance himself from the side show briefly occurred to us, but we were only too happy to rest our weary bottoms on something soft.  This was taking forever.

As my PTSD had me racing off to the facilities in sporatic intervals, Kendra took her turn on the recliner first.  Suffering the effects of a short night of sleep, she soon dozed off.  I was happy to see her rest, and busied myself with Eleanor’s iPod while she spoke quietly with Wade.  I smiled as I observed the heart-warming tableau, their heads together, whispering.  I was content to give them their privacy.

It was into this quiet and peaceful scene, the nurse entered to check on progress being made.  Obviously blessed with situational awareness, she worked quietly to check dilation.  Kendra slept peacefully in the chair.  I observed from my perch on the windowsill.  At the exact moment the nurse spoke to report on the change in dilation, Kendra opened her eyes.

Strategically placed at the end of the bed, her spot on the recliner afforded her the full picture.  Kendra’s eyes attempted to focus from the haze of sleepy confusion.  Full awareness registered quickly.  Her eyes bulged out of her head as she shrieked and leapt from the recliner. Having observed it all, I was helpless to stop my howls of laugher.

The nurse shot us an irritated look, then turned to Eleanor and Wade, seeming to question how we were allowed in.  They simply shook their heads as we continued snorting and howling; in the background.

Trying to make up for what was obviously a lapse in judgement, we calmed down and determined to re-focus on Eleanor with increased intensity.  We coached, we encouraged, we tried to will the baby out of her.  We were on our best behaviour, waiting for the nurse to return for the next progress report.  Completely absorbed in the process, when the nurse announced there was mysterious liquid that needed to be tested, we clasped our hands together in delight.  Could this be the long awaited amniotic fluid?  Was all this time and work finally going to result in a baby?

We waited with baited breath as the nurse pulled out her test strip.  Kendra and I grabbed hands as the nurse opened her mouth to pronounce judgement.

It was amniotic fluid!

We cheered and high-fived.  This was Wade’s first birth experience so he looked a little bewildered, but, always the good sport, he exchanged hand slaps.  The nurse shook her head again, and remarked dryly, “I don’t think we’ve ever had a cheering section before.”  Kendra and I smiled benevolently at all in the room.  No, not everyone can be so lucky.